This afternoon I had lunch with Cortez Wilson and Steve Mincey. Both of whom I have the utmost respect because of the men, fathers and husbands they have become.

In 1998, Osiris Organization formed its collaboration with the Minneapolis Park and Recreation public parks.  A teenager at the time, Cortez brought the idea me to build computer labs in the parks.

It started in 1998 at Powderhorn Park. In 2013 there are 27 Osiris constructed computer labs open to the public in the City of Minneapolis!

Our lunch meeting was not about the computer labs. It’s about life we live as men, helping our community and the continual mentoring to other young men like Cortez. Corky Wiseman, Steve and I made sure that Cortez was supported.  We committed to a life-long relationship with him. We see the impact Cortez is having with his peers, as a young business owner and father.

“Mr. Roddy, you have taught me a lot about computers.  I live in south Minneapolis near Powderhorn Park and I don’t have anywhere to go to continue working on my skills.  Why don’t you construct a computer lab in Powderhorn Park?”

I remember Cortez’s request.  It seems like only a few months ago.  I can still see the earnest honesty in his eyes.  We eventually constructed our first computer lab at Powderhorn Park in 1998 under the direction of the Director, Corky Wiseman.  Cortez was employed in the computer lab.  Youth Director Steve Mincey mentored Cortez, Corkey Wiseman mentored Steve.

What was so special about our meeting this afternoon?

The mentee, Cortez, now is asked to be a mentor!

In 1998 we created a ‘village’ like the one I had growing up in inner city Chicago on the 60s.  Men would take part in raising, mentoring and disciplining the young boys in our community.

I am deeply honored to have men like Corky Wiseman, Steve Mincey and Cortez Wilson in my life.  We three are dedicated to making a difference.

Doesn’t it inspiring you to know that it only takes a few caring men to create a ‘village’?

Please keep mentoring young males. They need that support to help them transition into manhood! 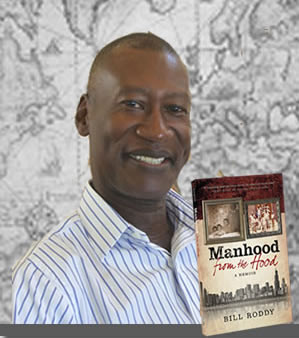